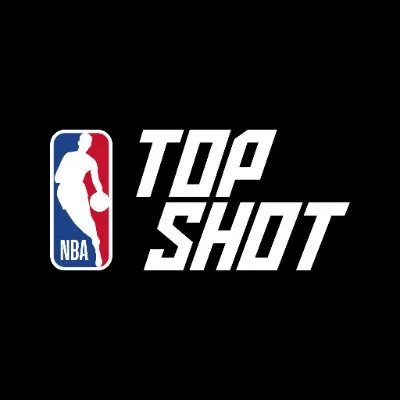 What is NBA Top Shot?

Top Shots emerged from a licensing agreement the NBA and its players’ union made with Dapper Labs in 2019. The NBA did not make an official avaiable to comment for this story, but Richardson, who was once head of publishing at the National Football League, says the league can solicit 10% to 15% of sales from a company leveraging their intellectual property.

The NBA licenses the reels to Dapper Laps, which digitizes the footage, making a limited amount to create scarcity. Some NFTs feature highlights in different angles and digital artwork. One is currently listed for over $240,000

IT’S ALL ABOUT RARITY.

Moments let you own an official piece of sports history in a finite number. A Moment is a connection to your favorite players and teams, to the league, and a proof of your fandom. For reference, here’s a handy comparison of how scarce our main tiers are

Some collectors already own Legendary Moments with a minuscule number in circulation. Others collect as many jaw-dropping plays as they can in the accessible Common tier. Both journeys have their own unique experiences that revolve around rarity.

That’s why today we’d like to share the big picture vision for rarity in NBA Top Shot. As we head into Series 3 for the 2021-22 season, we’ll be sharing more big picture posts about the incredible drops and updates coming to your Top Shot experience.

An old adage in the NBA Top Shot community is that “Commons are meant to be common.” We want Common Moments to work a lot like basketball does -- as shared, collective experiences for fans across the world.

One example of a Common Moment is this Carmelo Anthony three-pointer, which moved him to 10th on the NBA’s all-time scoring list. It’s historically significant, and with 40,000 in circulation, is now owned by NBA fans around the world. This accessible piece of NBA history lets people rep their fandom.

But not all Common Moments are created equal. You’ll notice this Anthony Edwards Common layup is far rarer with just 4,000 ever made and features his debut game in the NBA and his Top Shot debut (as seen in those badges on the Moment), making it a valuable collector’s

Introduced in the summer of 2021, Fandom Moments are special collectibles with a varying level of rarity. They’re focused on special experiences like buying a Moment at a real-life game and drops for special events.

When it comes to rarity, there are only as many Fandom tier moments as there is demand. They’re a wildcard in the Top Shot ecosystem, with editions that are sometimes smaller than the Rare tier.

An example of the Fandom tier came in Las Vegas Summer League, where hundreds of collectors lined up each day to purchase a Moment from the games being played that day. Collectors loaded up on this Killian Hayes Assist with only 2,776 of that Moment ever created, exclusive to the fans at the arena.

The Fandom tier has room to grow and change. Stay tuned for more exciting experiments in Series 3.

Rare Moments on Top Shot are designed to be hard to come by. They often feature historic plays from NBA legends, and to get one, you’ll have to get lucky: the overwhelming demand for Rare packs leaves a lot of collectors out of luck.

An example of a Rare Moment is the iconic Trae Young shoulder shimmy three-pointer from the Eastern Conference Finals. This Moment is highly scarce with only 750 in circulation, but is slightly more accessible than the rarest tiers.

With hundreds of millions of basketball fans in the world, owning a Moment that can only be owned by the equivalent of one section of an arena is a major flex.

Legendary Moments take rarity to a whole new level. If Rares are the NBA Finals, Legendaries are Game 7.

Featuring only the best plays from the best players in NBA history, these Moments have Edition Sizes between the mid two-digits and the low three-digits, making them extremely coveted and special.

An example of a Legendary Moment is this legacy-defining block from Giannis Antetokounmpo in the NBA Finals. With only 120 of these in existence for arguably the most iconic play in recent memory, they’re ultra-rare and nearly impossible to obtain.

You’ll also spot some surprises in Series 3 including new Legendary sets that collectors will cherish on their digital mantle for years to come.

A Legendary Moment is a prized possession, and you should have full control over what you do with it, whether that’s choosing where to sell it, collateralizing it for a loan, or even fractionalizing it. The good news is that you can now move your Legendary Moments to non-custodial wallets.

ON THE HORIZON: ULTIMATES

Since NBA Top Shot kicked off one year ago, collectors have been able to own four tiers of NBA Top Shot Moments. From the accessible Common tier to the ultra-rare Legendary tier. As Top Shot grows, you can expect to see more from this new tier so you can add these precious Moments alongside your Legendaries.

How rare is an NBA Top Shot moment collectible?

In our Moment Tracker, collectors are able to see an overview regarding all the minted serials of particular Moment™ NFTs. Specifically, collectors can see how many are owned by collectors (separated into 'Proudly Owned' and 'Listed'), still hidden in packs + other, currently located in the Locker Room, and burned.

What are Burned Moments?

Once a Moment has been burned, this means that it is destroyed forever and will never be owned by any collector. The total Edition Size will not change and serial numbers for all other Moments will remain unaffected and unchanged.

A Moment™ NFT exists as part of an Edition with a total circulation count.

Each Moment is minted with an individual serial number securing its own uniqueness equal to that of physical memorabilia.

Rare and Legendary Moments are issued with a Limited Edition Size (LE). These are predetermined and will no longer be minted.

Common Moments are Minted up to a Circulating Count (CC) and can increase. However, as the season progresses a player's Moment can be Retired to make room for another highlight. At this point, the moment will move from CC to LE.

CC - The Moments Edition is currently a "Circulating Count"

LE - A "Limited Edition" Moment where no more can ever be minted.

Badges are located above the player's name in their Moment or on the Marketplace.

Rookie Year Badge
This Badge signifies the Moment was from that player’s rookie season, regardless of when the moment was minted.

Rookie Premiere Badge
This Badge signifies the Moment is from that player’s very first regular-season appearance.

Rookie Mint Badge
This Badge signifies the Moment was minted during that player’s rookie season.

Please note: Top Shot Debut Badge will be assigned to the player’s first play Minted in our system and not necessarily the first Moment released through Packs.

MVP Badge
This Badge applies to players' Moments if they won the MVP award for that same year (season).

Championship Year Badge
This Badge applies to a player's Moment if their team won the Championship that same year (season).

If a player is traded mid-season, only the Moments of a player's Winning Team will receive the Championship Badge.