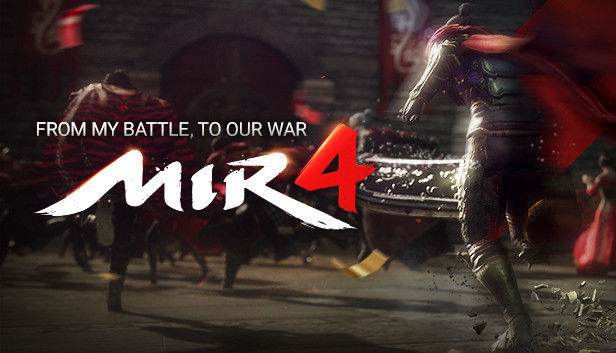 MIR4 is a new MMORPG game from developers Wemade that takes heavy inspiration from the original Legend of MIR MMORPG, released in 2004 on Windows PC. Legend of MIR was hugely popular in parts of Asia, especially in South Korea and China. The MIR4 MMORPG's gameplay is very similar to the original, with major graphic differences considering how MIR4 is powered by Unreal Engine.

There's a lot to admire in MIR4 as it offers tons of content in a unique and fascinating open world. Thanks to Unreal Engine, the game offers gorgeous graphics, and the classes of characters to pick from are eye-catching.

Choose from the 4 classes to fit your gameplay style. Whoever you choose, a legend will rise.

Warrior pulverizes enemies with a heavy great sword.
Sorcerer wields magic with the power of the elements.
Taoist supports party members with divine recovery spells.
Lancer is a specialist that can attack and defend simultaneously using a long spear.

MIR4 has created an unprecedented Free-for-all loot system where anyone has the right to claim the loot, even players that didn’t participate in the takedown of the monster. This applies only to special loot in the treasure chest and players have 30 seconds to protect the loot while others have 30 seconds to fight for right to claim the loot. It is not just looting by luck. Strategies and alliances will play a big role in claiming special loots.

DRACO can also be exchanged for non-fungible tokens (NFT), which users can see in the game. Those NFTS can traded on a NFT marketplace that’s scheduled to be launched next month.

The game – which has been released in 170 countries and in 12 languages – can be played on different platforms and downloaded on a mobile phone or PC.

Draco is the utility token of MIR4. It's what you ultimately "earn" and convert to real-world money from using the game's play-to-earn feature. You can use DRACO to buy in-game assets (items, weapons, etc.,). You can also withdraw DRACO and use it to trade or buy in other platforms outside of the game (similar to utility tokens of other NFT games).

How much Darksteel will you need to get 1 DRACO?

It depends on the exchange rate of Darksteel per DRACO. It's referred to as "DERBY" or Daily Exchange Rate By Yield. The DERBY will be computed by adding 100,000 Darksteel plus the Yield. Here's the formula for Derby in MIR4: