Doodles is a collection of 10,000 generative NFTs created by Evan Keast, Scott Martin, and Jordan Castro 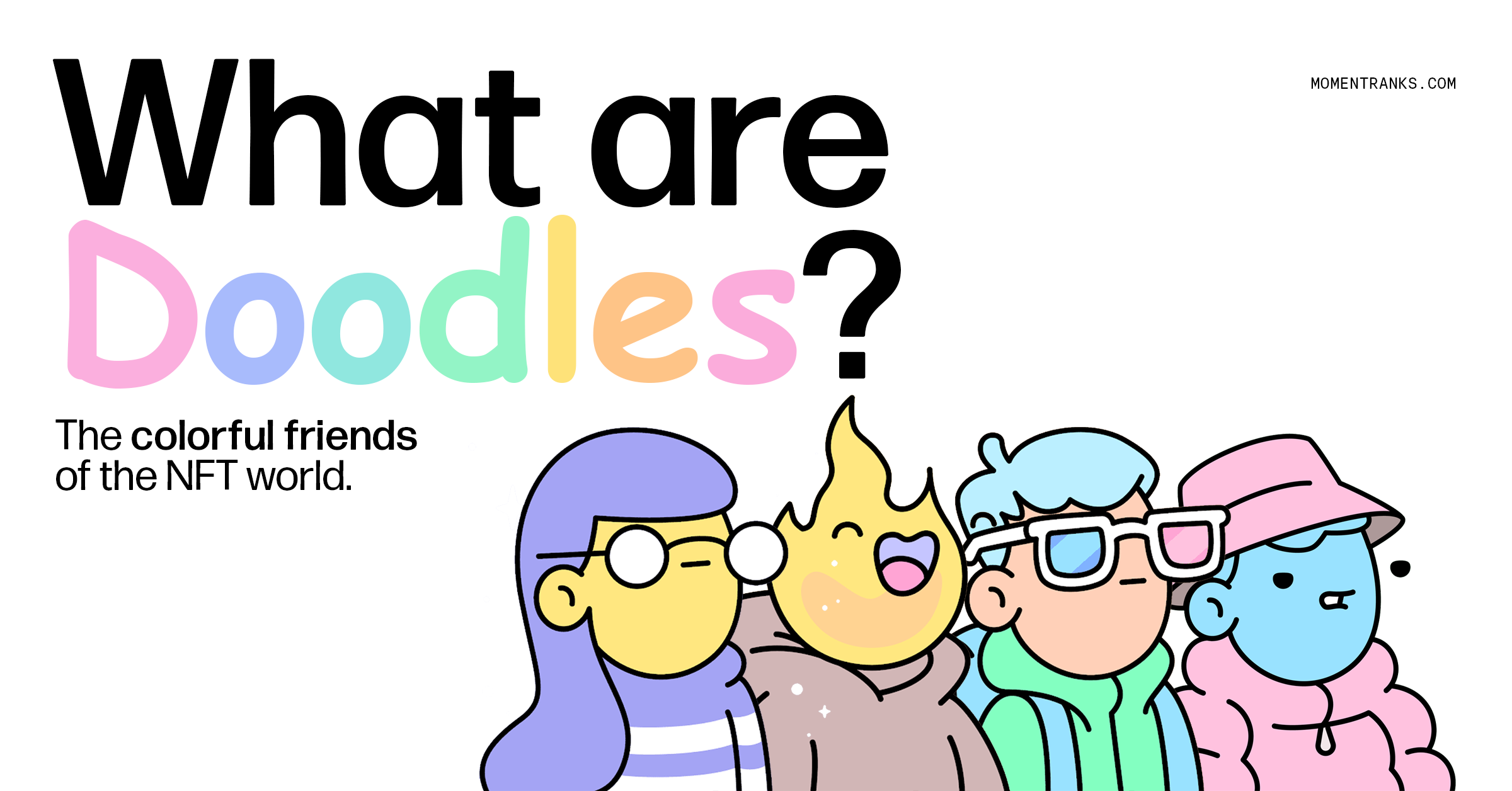 What is the Doodles NFT collection?

Doodles is a collection of 10,000 generative NFTs created by Evan Keast, Scott Martin, and Jordan Castro. The team uses “working aliases” and are known as Tulip, Burnt Toast, and Poopie respectively. Before Doodles, Keast and Castro were already well-established in the NFT community, as they helped launch the legendary NFT project known as CryptoKitties in 2017. Martin, meanwhile, had been minting his own pieces and growing his creative brand within the NFT space for about a year.

Doodles features original art that was created by Martin, who produced hundreds of unique visual traits for the collection. However, the project ultimately followed in the footsteps of predecessors like CryptoPunks, Bored Apes, and Cool Cats by randomly mixing and matching these individual traits to create the full Doodles collection.

Within the Doodles ecosystem live humans, cats, pickles, apes, sentient flames, skeletons, aliens, and more. As is the case with nearly all generative avatar collections, Doodles NFTs come in varying degrees of rarity, which is defined by their traits. Although the Doodles team has never officially released a catalog of what traits are the rarest and most common — you can find RaritySniffer’s unofficial rankings here — skeletons, cats, aliens, apes, and mascots have continued to resell for the highest amounts.

Keast, Castro, and Martin launched Doodles on Oct. 17, 2021, originally pricing their product at 0.123 ETH per mint. At the time, the mint price was considered relatively high. Prior to Doodles, most PFP projects implemented mint prices below 0.1 ETH; however, the Doodles founding team decided on this higher price point to ensure an initial treasury of ~420 ETH.

During the rollout of the project, Doodles tried something that had seemingly never been executed by a PFP project previously. About a month before the project went live for minting, the Doodles team closed the Discord when membership numbers had reached just over 1,000. This made it so that no new members could join, creating an extra level of exclusivity within the project’s community.

This decision received mixed reviews, as it effectively gave whitelist access (priority minting) to a select few. Yet, as the Doodles mint date drew closer, the project’s following continued to grow, and the decision to close the Discord started to be seen as an innovative way to reward early NFT project supporters.

Shortly after the full supply of Doodles sold out, the Discord server was reopened, bringing a slew of new collectors and enthusiasts into the community. In the months following, a wide variety of NFT influencers and big-name celebrities would join Doodles as collectors, further solidifying the project as one of the hottest PFP NFT communities around.

While numerous avatar projects market themselves as community-centered projects, Doodles seems to have been all about empowering their community from the start. As stated on the Doodles website, owning a Doodle and voting on community proposals “makes the roadmap collaborative.” This facet of the project has become increasingly clear over the last few months alone, thanks largely to its voting system and anti-scam/pro-artist culture.

Building a community for Doodles NFTs

The entire Doodles ecosystem is basically one DAO, and each and every Doodles owner has a say in what that DAO does. Early on, Keast laid out how the DoodleDAO treasury would work, stating that 1 Doodle = 1 Vote towards any and all decisions regarding the DoodleBank.

So far, Doodles members have been able to vote on proposals for Doodles team scaling, Doodles live events, funding a 3D Doodles project, and much more. The Doodles Forum and Doodles Discord allow an extra level of discourse to take place for each proposal.

As one of the most popular projects on the market, Doodles quickly became the inspiration for numerous derivative and knockoff projects. Keast and the Doodles team seemingly anticipated this issue, as they had already implemented a sort of derivative approval system within their Discord. Developers were incentivized to submit official proposals to create projects that take inspiration from the main Doodles collection. Numerous projects proposed within the Doodles community have been put to a vote, with collections like Noodles and Pukenza coming as a direct result of the 1 Doodle = 1 Vote system.

A scam alert channel was also implemented in the Doodles server, promoting a sort of “see something, say something” mentality. A large volume of fraudulent accounts and projects have been reported there to date, and it seems the channel has helped mitigate a number of unapproved Doodles knockoffs and potential scams.

The future of Doodles

Considering Doodles was launched less than half a year ago, it’s incredible to see the growth and accomplishments achieved by this project and its three founders. Currently, the collection has amassed around 80,000 ETH (nearly $250 million) in secondaries. While Doodles still has quite a ways to go before they’re seen as a true contender for the PFP NFT crown currently held by the Bored Ape Yacht Club — which has generated upwards of 390,000 ETH (over $1.2 billion) to date — the collection of vibrant characters has undoubtedly won the hearts of countless NFT enthusiasts.

Growth potential aside, it must be acknowledged that the crypto and NFT markets are volatile. Additionally, it may be some time before Doodles, or any NFT brand, truly goes mainstream. Of course, that’s assuming that one ever does. However, hundreds of thousands of users have joined the NFT ecosystem. And for now, those numbers continue to increase.

Editor’s Note: At the time of publication, members of the nft now staff were holders of Doodles NFTs.