Cool Cats is an Ethereum-based collection of 9999 randomly generated NFTs. 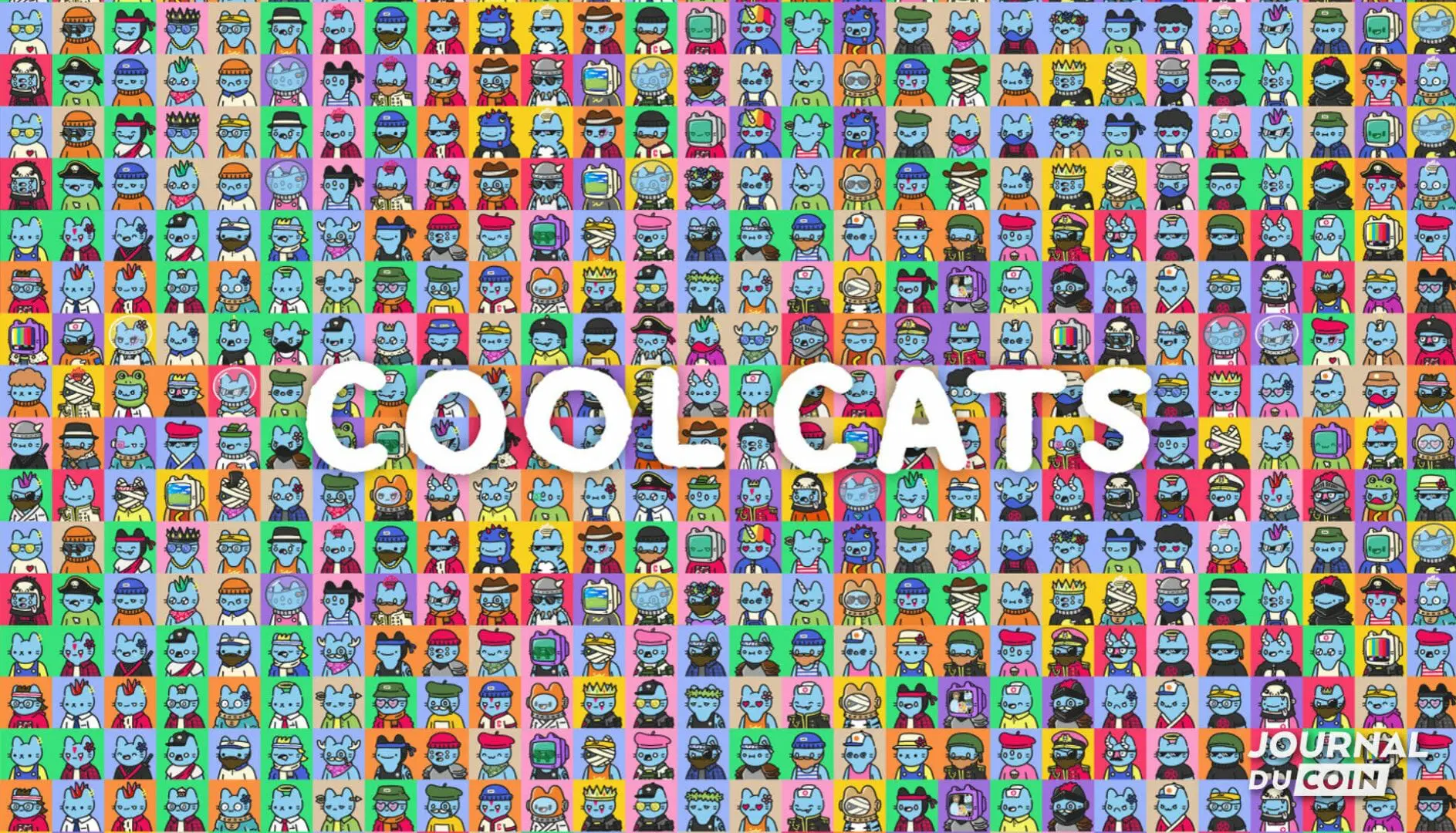 An Introduction to Cool Cats

Cool Cats are derived from Blue Cat, the primary character created by Colin “thecatoonist” over 10 years ago. Colin aka “Clon” has spent years perfecting the line weight, ear height and whisker length of Blue Cat to finally get him to its undeniably cool and cute final form. I mean cmon, just look at him.

Blue Cat has had some degree of success making debuts in some small art shows and pockets of the internet but has never garnered the attention he truly deserved. While Blue Cat is the primary character of Clon’s creations — there are a variety of additional characters that are also just as cool..but those guys come later Cool Cats are the next evolution of Blue Cat & the gang.

The idea in turning these Cool Cats into NFTs is to create an opportunity for the masses to become part of the Cool Cat community and help in deciding the development, growth and direction of the Cool Cat story and ecosystem. Aside from being very cool profile pictures — the utility that these cats come with range from things like exclusive participation in community events to win Ethereum, claiming limited edition NFTs and more!

Cool Cats have a range of rarity and exclusivity ranging over the first set, Gen 1. While there are over 300,000 potential combinations for Gen 1 cats, only 9,999 of Gen 1 Cool Cats will ever exist!

We launched on July 1, 1 PM EST — we had about 360 sales come in at our initial listing price of 0.06 ETH per Cool Cat, but quickly realized the price was an issue. The community was vocal about wanting to buy more, but wish Cool Cats were more affordable. So only an hour into launching, we said lets give the people what they want and sell for 0.02 ETH.

We sold out 8 hours later.

Huge shout out to folks like Cole, PlungeFather, ArtChick and the community in general for the engagement and promotion as well, you guys seriously rock!! Clon and ELU were also featured on the PlungeFather podcast as well — check it out here if you want to listen.

24 Hours into launch we’ve trended on Open Sea and are live on Rarity Tools! As it stands we’re currently 45 ETH in trade volume away from getting our sweet sweet blue check mark on Open Sea, so hopefully that’ll happen soon!

So — to those of you who spent 0.06, you will indeed be refunded a proportional amount of ETH or Cool Cats, we will do an announcement on Twitter and also Discord once we have the proper systems in play but this shouldn’t take more than a few days, thank you to everyone who participated, thank you for your love and enthusiasm and stay tuned for more!!

How do limited airdrops work?

The way the Originals drops work is we take a snapshot of all Cool Cats NFT holders before the drop.

There are many different ways to use the snapshot to select who should receive a drop (free NFT) and they can vary wildly, getting completed very quickly. We also need to be wary of using methods that are easy to game.

We understand that you will want to know what methodology we are using to pick addresses, as such, each drop will be accompanied by a full explanation. However, it is worth noting that we will likely change methods from drop to drop in an effort to circumvent any cheaters (users having multiple entries).

Remember the drops are limited. We might drop 300 tokens in one drop and 100 in the next and with a current holder count of 3.2k, not everyone will get something.

You can also think of airdrop as a kind of raffle. There might be 3.2k tickets but there can only be 300 winners (just an example)