Art Blocks is a first-of-its-kind platform focused on genuinely programmable, on-demand generative content that is stored immutably on the Ethereum Blockchain 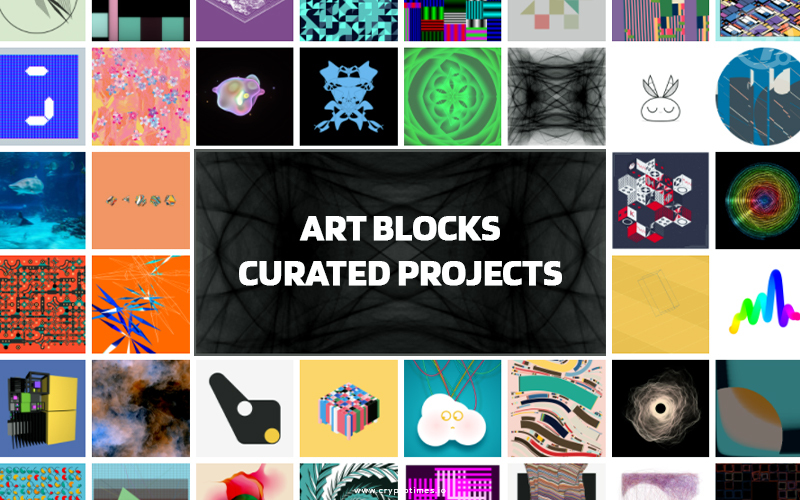 What is Art Blocks ?

Art Blocks is a first-of-its-kind platform focused on genuinely programmable, on-demand generative content that is stored immutably on the Ethereum Blockchain. You pick a style that you like, pay for the work, and a randomly generated version of the content is created by an algorithm and sent to your Ethereum account. The resulting piece might be a static image, 3D model, or an interactive experience. Each output is different and there are endless possibilities for the types of content that can be created on the platform.

If you enjoy the style of a work that is hosted on the Art Blocks platform you can mint a unique iteration for yourself. The work is minted (i.e. generated/created) on demand so you don't actually know what the specific piece you are getting will look like!

To mint, visit a project while connected to Metamask. If you do not already have Metamask installed you'll need to visit https://metamask.io/ to install the extension in your browser.

Once you're connected, you'll see a purchase button in the description area for each project. Note that each project has a set maximum iteration limit and if that limit is reached you will be unable to mint a new work!

After the transaction is confirmed, you will be presented with your generative content! This is a one-of-a-kind iteration generated by the project's algorithm. The resulting work is represented on the Ethereum network by a token which is a standard ERC721 compatible NFT token. This means you will instantly be able to see it in your account on various marketplace platforms such as OpenSea.

Note: If the Ethereum blockchain is backlogged and your token takes too long to mint, you might not be presented with the token image automatically upon minting it. The token will appear in your "my items" page once the transaction is confirmed.

Art Blocks as a platform has established a curation board to carefully select projects for inclusion in the "official" Art Blocks Curated Collection.

The intention is to create a collection of works that best represent the vision of the Art Blocks platform, and are released on a schedule allowing collectors to manageably build a significant set of generative works. The total size and value of these curated drops will be tied to user base to allow newcomers to participate in the experience as the platform expands.

The maximum number of full curated sets to exist is tied to the edition size of the smallest drop in that set. This means there can only ever exist 200 full sets of the 2020 set of 6 works and 369 of the current 2021 Q1 set.

Artists that have been included in the Curated Collection are then allowed to deploy a project of their choice in the Artist Playground. These projects are not "curated" and subsequently are not promoted as an official Art Blocks drop or considered to be part of the "official" Art Blocks collection. To participate, artists must have launched a curated project prior to deploying in the playground and can only have a single ongoing project in the playground at any given time. Additionally, artists must see the entire project through completion at the initially advertised price and edition size in order to proceed with a subsequent project in the playground. Any adjustments in a project's economics will disqualify the artist from deploying another project in the playground until a subsequent project has been accepted through the curation process.

How Art Blocks Works In Depth

The Art Blocks platform hosts generative projects for the production of verifiably deterministic outputs. A generative script (using p5js for example) is stored immutably on the Ethereum blockchain for each project. When a user wants to purchase an iteration of a project hosted on the platform, they purchase an ERC721 compliant "non-fungible" token, also stored on the Ethereum blockchain, containing a provably unique "seed" which controls variables in the generative script. These variables, in turn, control the way the output looks and operates

For example, the y-coordinate of each point in a squiggle is dictated by the value of a hex pair in the seed. Hex pairs in the seed also control the starting color, rate of change of the gradient, amount of points in each squiggle, plus some surprise features that make some squiggles more rare than others.

Every time a squiggle is drawn using a specific "seed" the result will be identical. This means the project is "deterministic". Art Blocks projects are required to have a deterministic initial state and therefore your token, which represents a specific output of the algorithm stored for that particular project, is guaranteed to be unique.

When a project is deployed on the Art Blocks platform, the artist has the ability to tweak and modify the script and settings until he or she is comfortable and ready to "lock" the project. Once a project is locked, attributes like max iterations (the maximum number of iterations that will be allowed to be minted), scripts, project name, artist name, and number of hashes generated will be permanently frozen. The artist will be unable to alter the state of the project and therefore you are guaranteed to get the same resulting output from your token's stored "seed".

After a project is locked, an artist can still modify the description and price per iteration in case they want to adjust the price of a work to accommodate variance in the price of Ethereum.