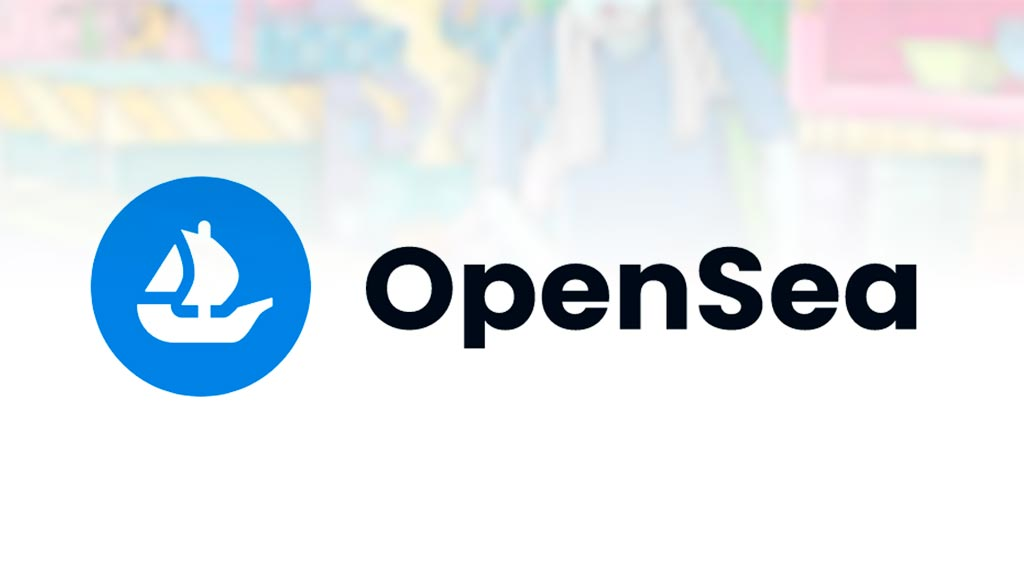 OpenSea is an online marketplace that allows users to purchase, sell, and trade non-fungible tokens via its website.

OpenSea makes money from service fees. These fees are paid whenever a digital asset is successfully sold via the platform.

Founded in 2017, OpenSea has grown to become the world’s largest NFT marketplace. It has raised more than $427 million to date.

OpenSea is an online marketplace that allows users to purchase, sell, and trade non-fungible tokens (NFTs).

NFTs can be purchased using Ethereum’s own token Ether (ETH). On top of that, more than 150 other currencies, such as DAI or UNI, are also accepted.

In order to make a purchase, users simply connect their crypto wallets (such as MetaMask). Digital collectibles can either be bought directly by accepting the fixed price the seller set or by bidding on it (leaving the seller to either accept or decline the offer).

Similarly, if you intend to sell something on the platform, you simply connect your wallet, upload the NFT you intend to offer, and set a price for it.

OpenSea, furthermore, lists all of the past transactions (such as sales, transfer, bids, and more) a given NFT recorded. That allows interested buyers to track the value of and interest in the asset over time.

More than 34 million NFTs have been uploaded on OpenSea so far. These are traded by the 300k + users that are part of the platform.

Both founders, prior to starting the company, amassed quite an impressive resume, to say the least. CTO Atallah graduated from Stanford with a degree in Computer Science in 2014. A year prior, he had sold hostess.fm, a global platform for nightlife venues, to SFX Entertainment.

He then went on to work at Palantir and Zugata as a software engineer until branching out as a founder again. In 2016, he launched Whatsgoodly, a social polling platform that he grew to over 300,000 users.

Meanwhile, Finzer’s resume is nothing to scoff at either. In 2013, after graduating from Brown University, where he studied Mathematics and completed his college studies with a 4.0 GPA, he went on to work as a software engineer at Pinterest.

He then, in 2016, went on to launch Claimdog, a tool that allowed you to find if a business owes you money by searching state unclaimed property databases. He successfully sold the company to Credit Karma where he stayed on as an Engineering Manager until starting OpenSea.

Around the time of his exit, Finzer also became increasingly interested in the domain of blockchain and cryptocurrencies. He not only studied the underlying technologies but eventually realized that he wanted to commit his professional career to it.

It, therefore, became a question of figuring out what exactly to do. Back then, the CryptoKitties project became a huge tech culture phenomenon where people were buying CryptoKitties for hundreds of thousands of dollars – and essentially became the poster child for NFTs at large.

Together with Atallah, he drew up some rough ideas and applied to enter prestigious startup accelerator Y Combinator, which provided them with $120,000 in seed funding. Initially, their project was centered around the concept of sharing Wi-Fi bandwidth using blockchain technology (dubbed Wificoin)

OpenSea makes money from service fees. These fees are paid whenever a digital asset is successfully sold via the platform.

The service fee is equal to 2.5 percent. Meaning if an NFT worth $100 is being sold, then the platform gets to keep $2.50. The fee structure is in line with other competitors of OpenSea such as Magic Eden or LooksRare.

OpenSea provides its marketplace infrastructure completely free of charge. As such, it doesn’t cost anything to list an NFT.

The marketplace’s dominance arose from the easiness of usage as well as the low fees associated with it. New projects can be uploaded within a few clicks.

On top of that, OpenSea covers all associated gas fees, which in turn encourages both buyers and sellers to transact more often (and thus increases liquidity in the marketplace).

Additionally, the platform offers a vast array of categories to purchase from, ranging from trading cards all the way to domain names. This is largely in line with what other marketplaces, including Mintable or Rarible, offer as well.

Lastly, OpenSea has also been engaged with influencers and the blockchain community at large right from the get-go. Richard Chen, a General Partner at 1confirmation (one of OpenSea’s first investors), said that the founders “did a great job living in Discords to discover new NFT projects.”

The business model of OpenSea can be classified as an online marketplace. OpenSea acts as a (mostly) secure and reliable intermediary between buyers and sellers.

Buyers benefit from knowing that they receive authentic items. Meanwhile, suppliers can tap into a readily available pool of buyers, which drives up their selling price. As a result, the fees they pay are likely offset by the greater price that they can command.

Furthermore, OpenSea has added various measures to combat copying and thus protect the work of creators. In May 2022, for example, it added copy detection and verification features.

How Does OpenSea Make Money?

OpenSea, as previously indicated, remains in private ownership and is thus not obligated to disclose its ownership structure with the public.

However, it can be assumed that the founders still retain a large stake. After all, they raised the majority of their money at the absolute height of the NFT market.

This means that the firm gave up a combined 9 percent in those two rounds. Nevertheless, investors in its previous rounds probably were able to acquire a bigger stake due to less hype around NFTs and the crypto industry as a whole.