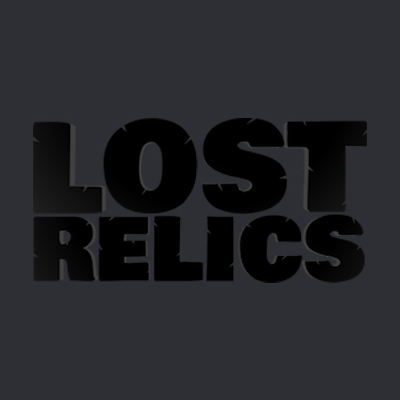 What is Lost Relics?

During the era when the great beasts of old lived upon the ground, the clans of the northern realm grew vast in number and spread out across the land. In all manner of things, the people of the clans acquired insight and wisdom from the elemental to the arcane, passing this knowledge down from generation to generation.

This time was known as the first eon and is where the very first historical records can be traced back. It was within this period that scribes first sought to record that which occurred at the time, leaving behind an account for those of the future to look upon.

As with any world that endures through the ages, there were times of good and times of bad, from prosperity brought about by the emergence of trade to the dark days in the wake of the great eruption of Mount Olkepth and the 'time of the long winter' that followed.

Though the single most significant event to occur in history did not originate in Olkepth nor any other land to be found in this world. It originated with those from other places in the universe.

Two obstinate races, with intellects ascended yet fierce, were entwined in a battle of colossal scale called 'The Deception War'.

The Deception War resulted in much loss of life, knowledge and power. The only remaining remnants of the war lay forgotten, scattered around the universe.

To this day, they are known as the Lost Relics.

Yes! You can play for free and earn gold coins and blockchain items straight away.

If you enjoy playing you might want to upgrade to a membership. You can read about the members benefits.

Membership can be purchased from the Shop by buying Power Pendants and activating them on your account.

Power Pendants are virtual items which give you access to members-only content including adventures, skills, benefits, and the full range of items.

You can also buy Power Pendants from other players at the Royal Emporium in the game if you have gathered enough gold and if players are selling them.

Is this game Free to play and play to earn?

Move around with the mouse, left click for move to/primary attack, and right click for pick up/secondary attack.

Secondary attacks use energy (the blue bar on the bottom right) and replenishes over time.

Your health is the green bar on the bottom left.

Hold shift to stop in your tracks, allowing you to also swing at the air, before monsters arrive. This allows you to complete your swing before the monsters even know what hit them.

Tab will show you a full screen view of the map, while the keyboard arrow buttons and mouse wheel will manipulate the camera.

Your stash is located on the second level of the Tavern and is where you can store all of your items. It's also where you equip your items, outfits, pets, etc.

There are NPCs around town which have Quests for you to complete. To find the requirements you will need to go on adventures.

Traverse the environment and find the room with the exit. Chests and monsters contain valuable items and give experience so make sure you attack all monsters and open all chests!

When performing operations on the blockchain, 'Gas' needs to be paid using ETH (Ether). Think of it like shipping fees when sending a parcel to someone. This is sent to miners who verify transactions. Gas is paid by the person sending the item.

When you collect Blockchain items in the game, and want to send them to your wallet, you will need to pay a fee to cover the costs of sending the item to you (the gas). The items themselves also have value within them which costs ENJ to create (Games can't create items for free)

Transfer Crystals power your ability to transfer Blockchain items from your Online Account to your Wallet and are essentially a representation of gas, which you can pre-purchase without needing ETH to pay for it.

They are only needed if you wish to transfer Blockchain items to your Wallet.

You can buy them on the website or from other players through the Royal Emporium.

The amount required will depend on the current Ethereum gas price and how many items you would like to send.

What are Transfer Crystals?

If I take an item into the dungeon and die, do I lose it?

If you do die, you will wake up in the graveyard with nothing but a rusty sword and a bard's bow, so make sure you head back to your stash before you start your next adventure!