Join the Enjin ecosystem and get the resources, funding, and support you need to launch your dream NFT project. 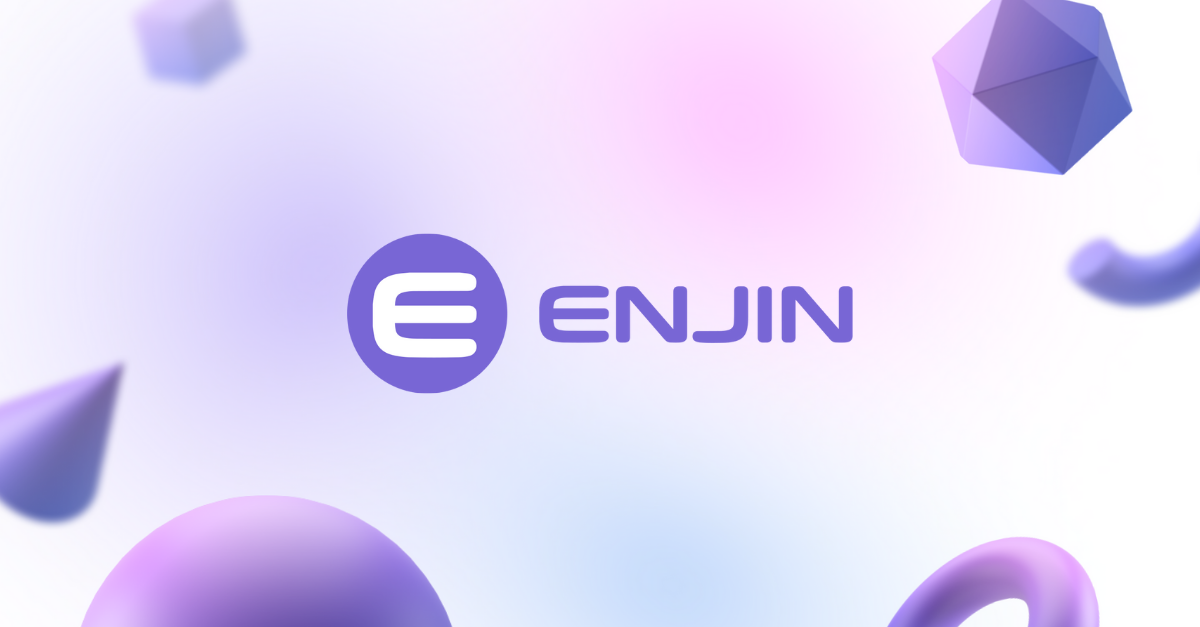 Enjin was founded in 2009 by Maxim Blagov and Witek Radomski.

In the same year, the company launched the Enjin Network, a gaming community platform that has since grown to over 20 million registered users across 250,000 gaming communities.

In 2017 following a successful ICO that raised $18.9 million, Enjin established itself as a leading blockchain ecosystem developer, building a suite of user-first blockchain products that enable anyone to easily manage, explore, distribute, and integrate blockchain assets.

Early 2018 saw the release of Enjin’s first blockchain product, the Enjin Wallet, which boasts over 1 million downloads on Google Play and the App Store.

The first public showcase of the Enjin ecosystem took place at GDC 2018, followed by appearances at E3, Unity Unite events, and other numerous gaming and blockchain conferences in the USA, France, Germany, South Korea, Singapore, and more countries across the globe.

In mid-2018, Enjin launched an Early Adopter Program geared toward game developers, which closed in 2019. Currently, there are 16 studios are using the Enjin Platform to create and integrate blockchain technology into 40 games, apps, and websites.

In August 2018, Enjin kick-started the world’s first decentralized gaming multiverse by creating the first set of blockchain assets usable across multiple games and facilitating collaboration between six Early Adopter studios that agreed to implement them. The gaming multiverse has since grown to 30 games.

In March 2019, Enjin launched the Testnet version of their blockchain game development platform, the Enjin Platform, as well as the Blockchain SDK for Unity. This was followed by the release of Enjin's Java SDK alongside "EnjinCraft," a demo Minecraft server create to showcase the robust blockchain integration made possible by Enjin's upcoming Minecraft plugin.

In June 2019, exactly one year after Enjin CTO Witek Radomski pushed the first version of it to Ethereum's Github repository, the ERC-1155 Multi Token Standard reached final status and was adopted by Ethereum as an official token standard.

September 2019 brought the release of the much-awaited Enjin Marketplace, a hub for trading ERC-1155 digital assets, powered by the Enjin Explorer and Wallet.

In February 2020, the Enjin Platform was released on Ethereum Mainnet. allowing anyone to mint blockchain assets with Enjin Coin.

Since the completion of its ICO, Enjin’s community has grown to a consolidated 600,000+ engaged members on Telegram, Twitter, Reddit, Facebook, and other messaging and social platforms.

Built on top of a robust on-chain infrastructure and comprised of the Enjin Platform, Enjin Marketplace, Wallet, Beam, and other tools and services, the Enjin ecosystem enables game and app developers to increase revenue, gain a competitive edge, and innovate in previously impossible ways.

Forged in gaming, Enjin’s tools and services can also be used by companies of all sizes and industries seeking to create blockchain products or utilize tokenized digital assets as part of their acquisition, retention, engagement, and monetization strategies.

The Enjin Platform is a blockchain PaaS (Platform as a Service) that allows you to create and manage blockchain games without the complexity of building and maintaining the infrastructure typically associated with developing and launching a blockchain game, it is a robust, flexible, powerful suite of tools and services for creating groundbreaking blockchain games, it is an all-in-one blockchain game development platform comprised of Blockchain SDKs, Platform API, Wallet Daemon, and Efinity.

Why must i use Enjin ?

What is Enjin Wallet, EnjinX & NFT.io?

The Enjin Wallet is a secure, feature-packed, and convenient cryptocurrency and blockchain asset wallet built for traders, developers, and gamers.

The Enjin Wallet is available for Android and iOS:

With EnjinX, you can explore Ethereum, ERC-20, and ERC-1155 blockchain tokens and blockchain data.

While Interacting with the Enjin Platform, EnjinX can be used by game developers to fetch information regarding transactions performed by your project as well as listing assets for sale so users can purchase them directly from the EnjinX Marketplace.

For further information regarding EnjinX, please refer to our help center articles here.

NFT.io is the global NFT MarketPlace created by the Enjin team on the Ethereum Blockchain, NFT.io is also powered by Efinity, our scaling solution. It supports ERC-1155 digital assets Fungible (FTs) and Non-Fungible Tokens (NFTs) and ERC-721 assets.

For further information regarding NFT.io, please refer to the NFT.io website here.

The wallet daemon allows you to automate the transaction signing process, so all of your blockchain transactions are actioned instantly, creating a persistent bridge between your game and the blockchain, and ensuring your players can enjoy a seamless and fluid gaming experience.

From the Diagram Above, devs can understand a bit more about the interaction of the Enjin Wallet Daemon through the Enjin Platform, where it interacts with the Platform API bilaterally by signing transactions automatically and broadcasting them to the blockchain.

What is the Enjin Wallet Daemon?

If you are new to the Enjin Platform, this article will guide you through creating an account.

As a suggestion, we would recommend creating your first account using a Testnet Environment, as you can get familiarized with the Enjin API and mint Testnet assets without needing to spend any Mainnet tokens while paying for transactions or backing your assets with real ENJ.