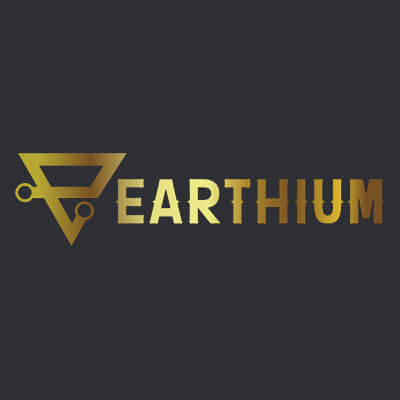 Earthium is a “Real-time strategic game where you can earn money and crypto by trading land, finding treasures and building businesses. For a much more complete overview of this wonderful platform, click here : https://earthium.club/wiki-earthium/

Earthium has had its own cryptocurrency since day one and it is called REKK. You can gather REKK by buying lands, discovering Treasure Chests, fulfilling quests and many other ways. REKK can be used in-game or just traded in the crypto market. The internal economy of Earthium moves around this 4 currencies: Cash ($); REKK (the cryptocurrency); Credits (to buy free land); and Resources Points You can check REKK here : https://poocoin.app/tokens/0x5ddd85b64eced07ae4dd243cda2bfe7d1b057013

What exactly is REKK?

Is Earthium a friendly platform with its competitors?

Of course ! In fact, it is not considered a competitor, but rather an ally. In this sense we want to frame one of the news : Regarding the first population, used to Virtual Land Trading, we designed " an offer that can't be refused ". Being from Earth2 or AfterEarth, we're going to offer for a limited time a Fork! That means that for a limited time, if you want to join Earthium, you can register, send us the link to your profile on E2 or AE. Then an operator will ask you to change the name of a specific Property of your Profile to include a code and check that this is your account. Then, after you paid 10% of your Net Worth in this E2 or AE account, we will give you 30% of this Net Worth in Credits to begin on Earthium! If you have doubts on one of these platforms, or just if you want to cover any risk, or just to earn more free money, this is a huge offer, that demonstrates two things: 1.We're not hostile to E2 or AE Players. As a matter of fact, Earthium is launched by people involved both in E2 and AE. 2. We want to create bridges between these Metaverses attempts and Earthium. This is a proof. And this could be a beginning, opening to new forms of cooperation to invent together.

Frederic Dembak - Le Strat, entrepreneur since 1998, business angel since 2008, CEO of Alterneum / Earthium, in charge of the game content and storyline, managing an international team of 8 full-time persons covering different time zones to create and develop this content. Check here : https://www.linkedin.com/in/dembak/ Laurent Rak, jack-of-all-trade developer since 2011, working with Frederic since 2016, in charge of the technical part of Earthium, managing a French team of 4 persons + 3 technical supplier companies. Check here : https://www.linkedin.com/in/laurent-rak-662163123/ Christophe Connille, President of several NGOs gathering young professionals of the Finance sector, specialist in finance innovation, invested around 1M$ in several companies created by Frederic since 2016, and working with him since 2017, managing an international team of 3 persons to develop the financial part of Earthium. Check here : https://www.linkedin.com/in/christophe-connille/

Tell us a little bit about Earthium's team...

Would you definitely recommend an investment in Earthium?

After carefully observing the website, its methodology, development, value of properties through global purchases, execution, transparency, terms and conditions, direct contact with the team, the possibility of getting tiles without direct investment, I can say that in the absence of further development and a visible roadmap, the platform presents an impeccable professionalism of work compared to its competitors. In addition to this, they have wanted to get closer to decentralization through their own cryptocurrency and they are also planning a NFT system. Although it is still too early to make an in-depth review, Earthium looks like a fresh alternative in the metaverse