Aavegotchis are rare crypto-collectibles living on the Ethereum blockchain 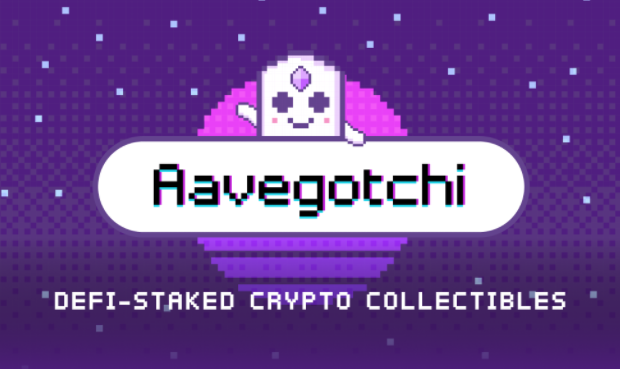 Aavegotchis are rare crypto-collectibles living on the Ethereum blockchain, backed by the ERC721 standard used in popular blockchain games such as Cryptokitties, Axie Infinity, and Cryptovoxels. Rumor has it that Aavegotchis are actually the ghosts of liquidated yield farmers determined to return and bring honor to their familia.

As explained above, each Aavegotchi possesses a Base Rarity Score (BRS) derived from the overall rarity of its traits and equipped wearables.

Base Rarity Score is derived by the following formula:

In addition to this Base Rarity Score, Aavegotchis also possess an overall Absolute Rarity Score derived from the particular rarity of their traits in the overall Aavegotchi ecosystem.

For example, if many players have trained their Aavegotchis to have maximum Energy Level, then the Absolute Rarity Score (ARS) for Energy Level - TURNT would be lower than that of Energy Level - WASTED.

Absolute Rarity Score is calculated in terms of percentiles out of 100 for each of the Aavegotchi traits, so if only 5% of all Aavegotchis possess a certain trait, then that trait would receive a bonus of 95 to its ARS.

The Total Absolute Rarity Score for an Aavegotchi is the sum of:

Rarity score is determined by calculating the rareness of each Aavegotchi’s traits and equipped wearables within the Aavegotchi universe.

Unlike other NFT games, rarity is not a fixed value in Aavegotchi -- it can change over time as Aavegotchis level up and equip different wearables. Thus, a rare Aavegotchi one week could become less rare, and vice versa, depending on the overall distribution of traits and wearables within the Aavegotchi universe. This enables a novel concept known as “rarity farming”

Rarity farming is a novel game mechanism introduced in Aavegotchi designed to encourage and reward thoughtful gameplay and active participation from users. Players get rewarded in GHST tokens for training the rarest Aavegotchis.

GHST is a non-refundable functional utility token which will be used as the medium of exchange between participants in the Aavegotchi ecosystem. The goal of introducing GHST is to provide a convenient and secure mode of payment and settlement between participants who interact within the ecosystem on the Aavegotchi ecosystem, and it is not, and not intended to be, a medium of exchange accepted by the public (or a section of the public) as payment for goods or services or for the discharge of a debt; nor is it designed or intended to be used by any person as payment for any goods or services whatsoever that are not exclusively provided by the issuer. GHST does not in any way represent any shareholding, participation, right, title, or interest in the Company, the Distributor, their respective affiliates, or any other company, enterprise or undertaking, nor will GHST entitle token holders to any promise of fees, dividends, revenue, profits or investment returns, and are not intended to constitute securities in Singapore or any relevant jurisdiction. GHST may only be utilised on the Aavegotchi ecosystem, and ownership of GHST carries no rights, express or implied, other than the right to use GHST as a means to enable usage of and interaction within the Aavegotchi ecosystem.

GHST is to be used as the base ecosystem currency for the purchase of various digital assets, such as Aavegotchi Portals, wearables, consumables and collectibles. As an indication of commitment to the ecosystem and safeguard against malicious behaviour, players are also required to stake GHST to mint REALM, the land parcels of the Aavegotchi Realm.

GHST is inherently transferable to other users, and also fully exchangeable with various supported ETH and ERC20 tokens, such as DAI, LEND (AAVE) and others.

Why does Aavegotchi need its own token?

GHST is an integral and indispensable part of the Aavegotchi ecosystem because without GHST, this closed loop would be impossible, and incentives between AavegotchiDAO, Aavegotchi owners, and GHST holders would not be aligned because there would be no incentive for users to expend resources to participate in activities or provide services for the benefit of the entire Aavegotchi ecosystem.

GHST will be distributed in two main phases -- via the initial token distribution event, and via governance rewards and rarity farming.

The Token Distribution Event is planned to begin in late Q3 2020 or early Q4 2020. It will consist of three phases: a Private Round, Pre Sale Round, and Token Bonding Curve. During the Pre Sale Round, GHST will also be created and distributed to the Ecosystem Fund and Team Fund.